Thanks to advanced technology, presidents traveling on Air Force One can function at a very high level – just as if they were in the White House. The plane is equipped with a conference room, where the table converts into a medical operating table if required. But even when the Commander-in-Chief is airborne, meal service is a necessity. And when the President of the United States dines, the china automatically “morphs” into Presidential China.

President Kennedy and, after him, President Johnson and others used china made by Franciscan in flight. In general, Air Force One china has featured a design that includes an ivory base with a gold band and the presidential seal. However, renowned White House China collector Raleigh DeGeer Amyx says the prettiest Air Force One china is the pattern selected by President George H. W. Bush.

This dinnerware is much more distinctive. Within the gold rim, there is a wide cobalt blue band bearing gold stars. The cobalt color signifies that this china was for Presidential usage. The pieces also incorporate the inscription “Air Force One” in gold, although the words blend into the design so subtly they are nearly unnoticeable. In addition, the detailing on this china looks & feels slightly raised, giving the dishes a 3-dimensional appearance.

This Bush #1 Air Force China, with the cobalt blue band, manufactured by Pickard China of Chicago, was intended for use in the forward cabin only – where the President himself and key aids such as cabinet secretaries ride. The press and others seated in the rear cabin were served on less elegant china. Interestingly, in 2015, President and First Lady Obama chose Pickard to design and manufacture their Official White House China – the first time Pickard had ever been honored in that way. 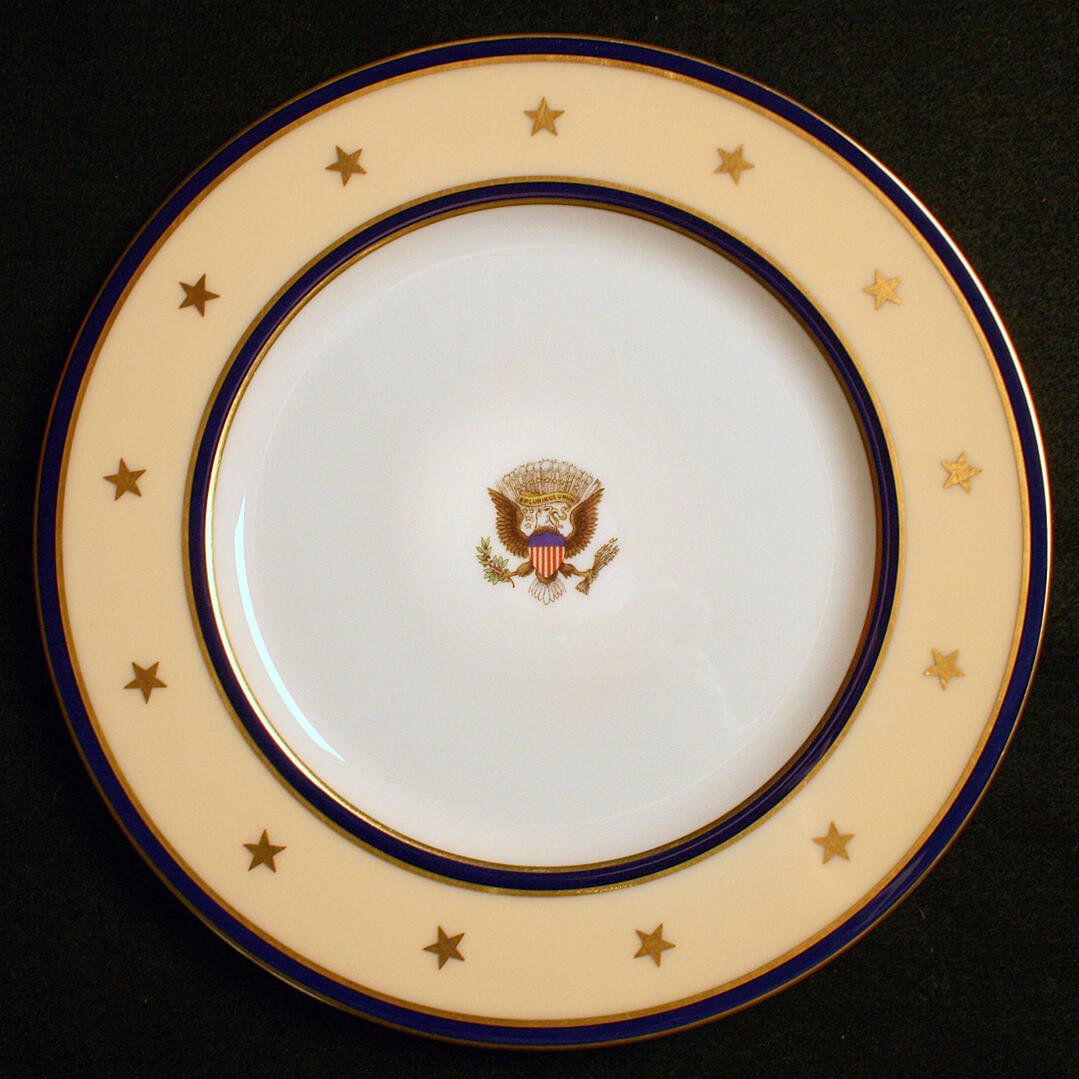 Just as Air Force One China has always been different from White House China, Presidents have also used different dinnerware at the Camp David retreat. Although presidents have sometimes entertained international dignitaries including heads of state at Camp David, this china is never considered to be Official White House China. However, the first china used at Camp David was indeed Presidential, having been used by Harry S. Truman on the USS Williamsburg. The Williamsburg had served as the official Presidential yacht, but when it was decommissioned, the lovely Lenox china was saved and transferred to Camp David.